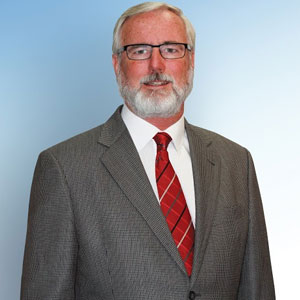 Steve Cooper Chairman, CEO/President & Co-Founder
On the battlefield, being aware where everyone else is located, in real-time, is of prime importance. Geospatial visualization (geovisualization) applications, used by the military to create real time mapping of the battlefield, require high compute acceleration to provide necessary data quickly. Traditional static maps are helpful for getting around but on the battlefield, a map that shows real-time data is much more valuable for ground troops. The need to store and transcribe huge amounts of data through data and image processing is becoming overwhelming. The more GPUs and flash memory available, the quicker the data can be used. This is where One Stop Systems (OSS) comes in. OSS' high performance computing appliances can add tremendous compute power and vast amounts of flash storage for many geospatial applications.

GPUs and flash memory are used in numerous defense and intelligence operations today, and by offering a GPU system which delivers 16 GPUs attached to any server, and air borne flash array, OSS today assists the defense industry by adding tremendous compute power and vast amounts of flash storage in a customized way, but where did it all start? “When PCI Express became the standard bus on all motherboards, OSS jumped on PCIe's capability to cable to an expansion system to get more iOS, more power, and more cooling,” answers Steve Cooper, OSS CEO. OSS advancement in defense evolved into two key areas: high density flash storage arrays and GPU computing. “In both areas we believe that One Stop Systems has the densest flash storage and computing solutions available today,” states Mr. Cooper.

There are a lot of parallels between the GPU computing and flash storage. Both deliver a high speed networking model that allows access to the flash memory content without having to go back to the server. OSS' GPU computing allows the client to stay connected to any server or upstream link, while enabling multiple links from the server to the GPUs and occupying minimal rackspace.

On the flash side, OSS' flash storage array provides up to 200 terabytes of a high-speed flash storage capacity. “For the defense industry, we're doing both a ground based system and also an airborne system that would run on 300 volts and have the necessary ruggedization features including formal spec-testing,” adds Mr. Cooper. OSS' flash storage array also assisted the Navy in upgrading their P-8 aircraft, reducing the weight from hundreds of pounds to six-and-a-half pounds, while offering high performance and reduced power usage.

Mr. Cooper states, “OSS' 3U GPU/ Flash Storage Appliance contains removable canisters that weigh about six-an-a-half pounds each. The defense clients like this attribute so they can easily remove the canisters as needed. OSS also offers 24-hour return support for their onsite customers, offering analysis in repair of a damaged unit."

With a high density, and customized solution portfolio, OSS is really breaking through the defense landscape by delivering high-performance computing in a smaller space. “I have always been in the technology space and I believe OSS will evolve with the big technological breakthroughs that are currently happening,” concludes Mr. Cooper. 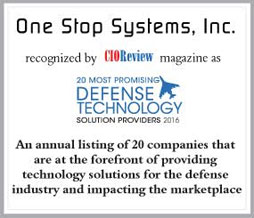