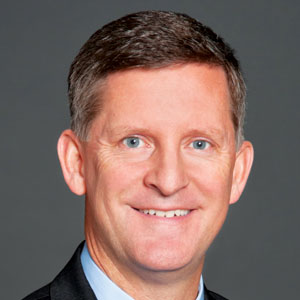 Marty Favero, President
Managing the fuel supply chain in a defense environment presents challenging requirements. Such challenges often mar a warzone, and predictably, oversight of critical resources is difficult. Unfortunately, these resources dwindle further because “auditability” isn’t often top priority in a warzone and because in the past, the heat of combat prioritized delivering fuel over tracking the inventory and allocation. “At the end of the day, when the audits begin and the numbers don’t add up, the government starts asking more questions about how much fuel was received, when it was issued, and how much was actually delivered to the final destination,” says Marty Favero, the president of Varec, a unique solution provider that caters to the specific demands of fuel management in the defense space.

Understandably, it is exceptionally difficult to keep good records, especially during a war and particularly, when it is a coalition force where there may be contracts in place that some countries need to reimburse others if they receive fuel. If these records are unavailable, the reimbursements are lost, and countries end up losing money, having bought fuel that they cannot account for. Also, incidents of fraud— buying fuel on behalf of the government to sell it on the side is a major risk. Varec’s solutions encompass everything from tank gauges to POS-type solutions, hazardous area spec computers and tablets, automated fuel terminals and service stations for unmanned service of fleet fueling. “With our FuelsManager solution, we provide the ability for defense agencies to have all the data on where their fuel is, where it is moving, and the ability to capture that data using automation—all in one enterprise system delivering complete visibility,” states Varec’s CTO, Tim Archer.

Varec’s process starts with the receipt of fuel, through to storage management, and finally with the actual POS of issue. Using their 8130 Remote Terminal Unit (RTU), the system can interface to any tank gauge in the world, enabling them to tie into any terminal’s existing gauges and integrate with their software. 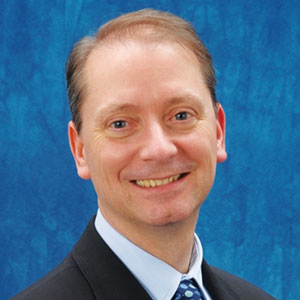 Tim Archer, CTO
Carriers are assigned fleet cards which are scanned to cross-check with Varec’s servers, to make sure that they are authorized at both ends and only after their approval can fuel be loaded or unloaded. Additionally, Varec enables users to track exactly where their truck is—as to whether it is holding fuel or transporting it from site to site— and its contents. Varec also works to help the military reduce its footprint by leveraging more automation into the enterprise as installing servers at military bases increases IT costs and poses threats to cybersecurity.

With our FuelsManager solution, we provide the ability for defense agencies to have all the data on where their fuel is, how much is there, and what was issued

Varec manages fuel on behalf of NATO Support Agency (NSPA) in combat environments like Afghanistan. They required a system that provided exceptional “auditability,” and oversight, and selected Varec to provide a solution. NSPA had a contractual requirement, with a very fixed deadline, and Varec was able to setup an enterprise system and deploy their first base in less than six months.

In the future, Varec wants to bring full end-to-end fuel transaction capture solutions to U.S. federal agencies and foreign defense organizations, in a very cost-effective manner. With big data being a new trend, Varec has plans to expand the technology into their new solution, to bring all transaction and process control data from the site and sync the information for the enterprise’s visibility as well. 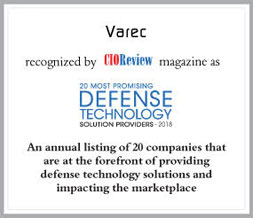